We are At Covid Response Stage One Business As usual. Read more info here

The Blue Heron on the school monogram was chosen because of the number of Blue Heron that come into Porirua Harbour.  In earlier years they were also a very common sight on the field and today the occasional heron can be seen around our buildings.

The group of stars, also part of the school logo, symbolizes the cosmic rising of Rigel in Orion which, to Maori people, signifies the beginning of the new Maori year.  The star Rigel was called Puanga and the lunar year comprised the 12 or 13 moons between the appearance of the Puanga star of one year and that of another.

Prankerd’s Rock in front of the hall came from the quarry at Hongoeka Bay.   It reminds us that while the school is new, the land it is on is very old.

The mural and carved panels in the foyer represent the history of the area from the earliest times to the arrival of the Europeans.   The first carved panel on the left is the Taniwha of Porirua.  The second shows Kupe killing the giant octopus in Cook Strait (Raukawa), the third represents Toa Ranagtira and his wife Te Moana, founders of the dominant tribe Ngati Toa, and the final poupou on the right is Te Rauparaha, Chief of the Ngati Toa at the time when the Europeans first arrived and his wife.

The following chant was introduced to the school and identifies the sacred maunga (hill or mountain), the waters of Porirua Harbour and the three main tribes who make up the people of the district: Ngati Toa, Ngati Raukawa and Te Atiawa.  The last line identifies the children and grandchildren of people in the area who render the chant as part of the school’s kawa (welcoming ceremony) when visitors arrive. 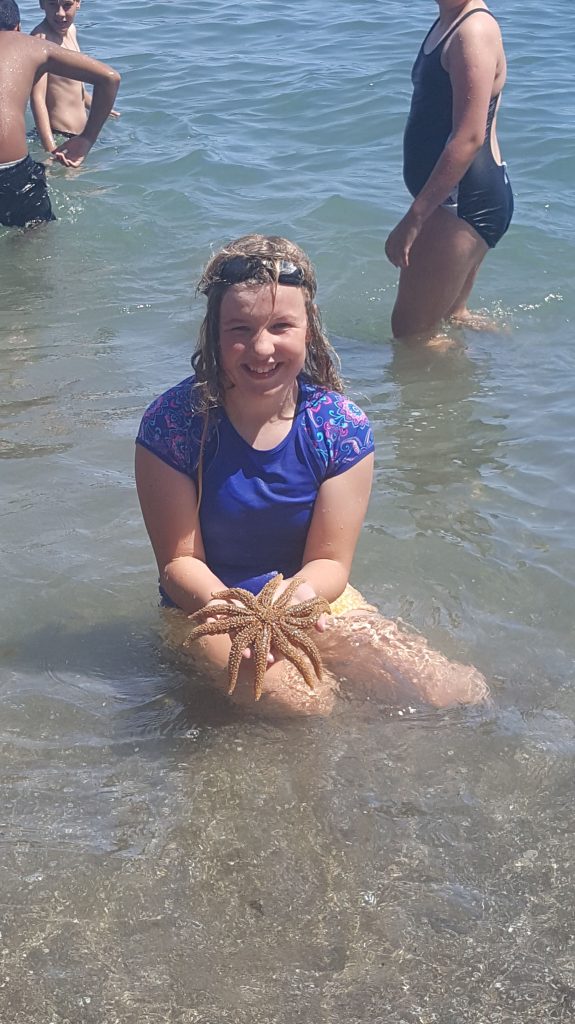 Get the SchoolAppsNZ Mobile App